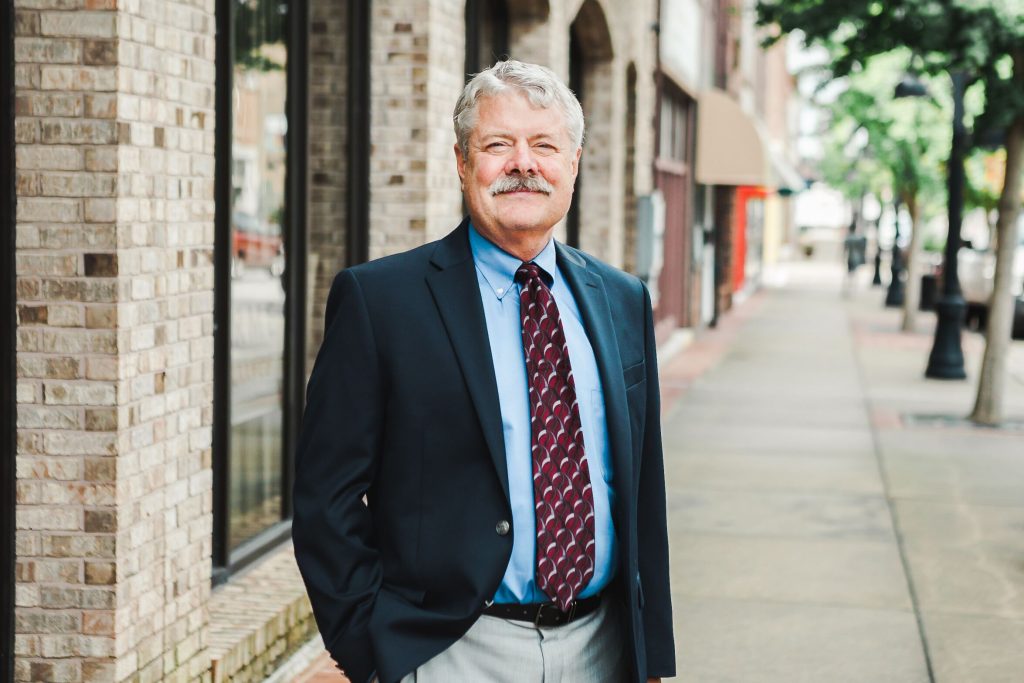 Grey Chatham, Sr. received his Bachelor of Arts from Easter Illinois University in 1976 and his Juris Doctor from John Marshall Law School in 1980.  He participated in legal internships with the St. Clair County States Attorney’s Office in 1977 and Hildebran, Cook & Shevlin from 1978-1979, where he later became an associate & then a partner. The focus of the practice was primarily civil and criminal law. Grey was involved in nationwide litigation against International Harvester that resulted in a number of substantial verdicts and later represented clients in front of the Federal Trade Commission regarding a defect in the design of tractor fuel caps.  He was involved in other various aspects of litigation in both State and Federal capacities, including cases involving the Jones Act and the Railroad Act.  As a sole practitioner, Grey was involved of various aspects of civil law, criminal law and family law, as well as being appointed to represent a defendant in a murder case. He was also appointed as a permanent GAL assigned to the St. Clair County Juvenile Court. Grey also, represented the St Clair County Transit District where he was involved in a number of Eminent Domain proceedings regarding the extension of Frank Scott Parkway.  He also served on the St Clair County Board of Health.

Grey has represented or assisted in representing several municipal corporations and quasi municipal corporations, including the Fairview Heights, East St. Louis, and Washington Park police pension funds, as well as the St Clair County Transit District, where he successfully defended or aided in the defense of tens of millions of dollars’ worth of law suits in federal court, state court, The Illinois Commerce Commission, the Illinois Workers Compensation Commission, the EEOC, the Illinois Human Rights Commission and the Illinois Unemployment Insurance Department.  He represented or assisted in representing several Corporations, including Petra Chemical, where his offices successfully defended a multi-million contract dispute. He have litigated the defense of these claims in both state and federal court.  Grey represented or assisted in representing several International Unions, including the United Association, the Laborers International, the Operating Engineers, and the International Federation of Teachers in federal court, state court, the Illinois labor relations board, the Federal labor relations board, the Illinois Public labor relations board, and by way of mediation.  He has represented or assisted in representing plaintiffs in federal court, state court, the EEOC, the Illinois Liquor Control Commission, and through private mediation, assisting in winning over $10,000,000 in verdicts and settlements. Grey has also successfully defended criminal clients in both state and federal court, including the successful defense of several clients charged with first degree murder as well as the successful overturning of quality verdicts post-trial.